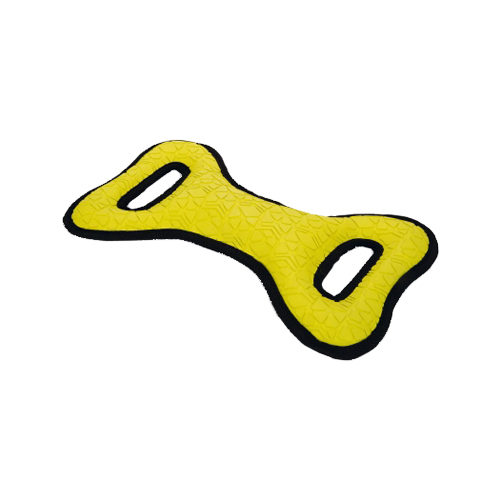 Have fun playing a game of tug-of-war or playing fetch with the Beeztees Fetch Tug.

The Beeztees Fetch Tug is a dog toy that's perfect for a game of tug-of-war or a game of fetch. If you throw the toy, you can easily keep an eye on it thanks to it's bright colour. The toy can also be used as a tug toy, as the handles on the sides allow you to get a good grip.

Have you used Beeztees Fetch Tug before? Let us know what you think about this product.