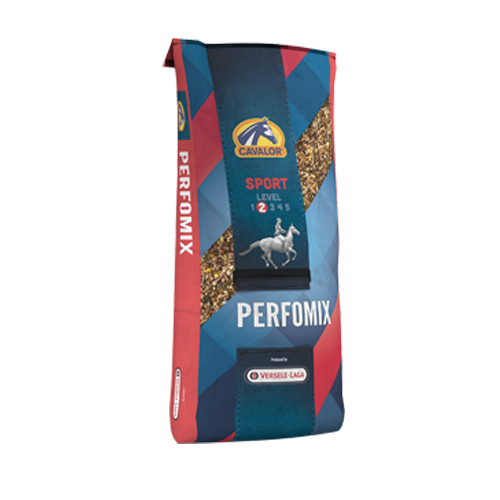 Cavalor Performix is a fully balanced sports mix for active horses. This feed can be given alongside the horse's daily hay ration. The composition of the feed, with its increased copper, zinc and manganese contents, ensures that your horse's joints, skeleton and tendons are well-supported when your horse is under extra strain.

Cavalor Performix is a balanced sports mix for active horses. It can be given alongside the daily amount of hay that you usually give your horse. Cavalor Performix contains all elements that active recreation and competition horses need.

Always give Cavalor Performix daily alongside plenty of hay (at least 5 kg). The daily ration depends on the performance level, breed and roughage ration.

Have you used Cavalor Performix before? Let us know what you think about this product.